Not so much due to the new year, but out of curiousity, researching material for my course, I spent some time reflecting on goal setting, how we take on the more challeing goals in our lives, and actually make them come true.

In the process of researching goal setting, I started reading Michael Bungay Stanier (MBS)'s book "how to begin". This brief conversation with Marshal Goldsmith gives a good intro to what the book is about.

The geography of thought by Richard E. Nisbett

I stumbled across this book a bit by coincidence, but have found it a fascinating read and well written. Essentially, not that long ago (at least Western science) fundamentally believed that all people have a universal way of perceiving the world, from a physical and sensorial perspective. The author got challenged on this, and started researching into the differences in how Chinese people perceive the world around them in comparison to Americans/Europeans. While there may be room to consider further perspectives rather than two, the book makes you think how such differences in perception influence how the world has evolved.

In this newsletter, I wanted to introduce a new section to provide some inspiration positive change or initiatives in the world. I am personally interested in growing vegetables, although I definitely don't have a green thumb. In light of industrial monocrop farming and their impact on the planet, I was inspired by this little piece of history that proves small scale farming is feasible:

What's coming up next?

One of the goals that I myself have shaped and committed to is to broaden the horizons of my coaching practice, by creating a course curriculum that would be a foundation for some of the things I focus on in my coaching, as well as being a starting point to inspire new people to engage with coaching.

So, here is my first public draft...

At this stage, I am still actively seeking feedback, so that I can make it better. So if you have time, please take the time to read and leave comments directly in this document. If you would be curious in attending my first MVP version of this course, sometime later in the spring, please let me know! 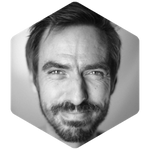 Newsletter Reading Leading from the Emerging Future [https://www.penguinrandomhouse.com/books/
Newsletter Another year is quickly coming to a close. As the autumn

Newsletter Reading Leading from the Emerging Future [https://www.penguinrandomhouse.com/books/
Newsletter Another year is quickly coming to a close. As the autumn